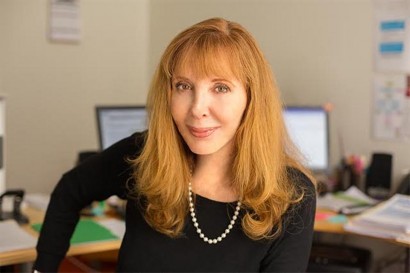 “Tract homes and strip-malls pepper the urban sprawl of the family-friendly San Fernando Valley, also known as the hub of Southern California’s adult entertainment industry. This is where Kelly Holland, Owner/CEO of Penthouse Global Media, and her team, work tirelessly out of the company’s headquarters in the Los Angeles suburb of Chatsworth to ensure that the iconic magazine remains a viable, profitable, well-oiled machine.

Holland purchased the 51-year-old magazine, originally founded by Bob Guccione in 1965, for an undisclosed amount in a deal finalized earlier this year. Though she won’t say the exact figure, she does admit that she paid the full asking price. “The only sin in my family was paying retail,” she says, quoting Woody Allen. “I’m a sinner,” she adds, smiling….”