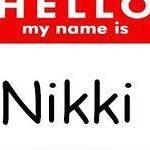 Don't cast your pearl before swine

Jane Goodall Is Hugged By Rescued Chimp.Touching!
It’s a touching moment as Dr. Goodall receives a hug of thanks from the Chimpanzee “Wounda” who she nursed back to health from near death. “Wounda” is being release back into the wild.

Hilarious! Daredevil Grandma rides roller coaster for the first time
Subscribe to ITN News: http://bit.ly/1bmWO8h
Grandma Ria, aged 78, had never travelled on an aeroplane before. So before her first ever flight, to beat her fear she took to the sky on a rollercoaster. Anyone’s first rollercoaster ride can be a mixture of fear, nerves and excitement but for daredevil Ria, who is from the Netherlands, it seemed nothing but joy. Video footage shows the 78-year-old being tossed and turned as she screeches and screams round the track. As the ride slows down at the end, Ria composes herself to ask “is my hair still ok?” Report by Claire Lomas.

Media requests: Media is welcome to use this video to share Mr. G and Jellybean’s story. Please give on-screen/print credit to Animal Place/First Spark Media. Any specific inquiries or interview requests can be sent to info@animalplace.org.

Watch the incredible transformation of a goat who wouldn’t eat or move from his stall…until he was reunited with his best friend Jellybean.