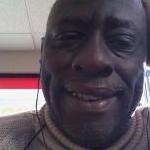 Black, bisexual, hefty. I'm almost 60, but I don't feel like it. I am poorer than most church-mice. I'd like to think that I am a pretty intelligent person, except for some of the decisions I make for myself... I believe there is a massive evolution coming that will encompass every part of our lives, including sexual. Dr. Suzy is one of the few that has come closest to my vision. More soon. Continue -> 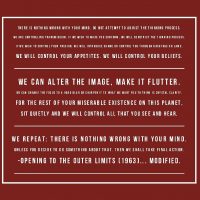 Randy Quaid posts video rant aimed at Rupert Murdoch
Troubled actor Randy Quaid’s bizarre YouTube meltdown: Star rants that Rupert Murdoch is yet to thank him for role in Independence Day as he simulates sex with his wife wearing a mask of the media mogul
The two-minute YouTube clip is the latest in a series of outbursts from the pair, who have openly expressed their belief that an evil Hollywood sect wants to kill them.

Grizzly Adams 10 – The Unholy Beast
Mad Jack (Denver Pyle) tells Grizzly Adams (Dan Haggerty) that he has run into a strange and frightening creature in the wilderness, a monster with “Yellow eyes and a purple tongue.” Adams is skeptical, but also curious. He has noticed that Ben has been acting strange, as if something in the forest is making him feel uneasy.

Adams and Jack set off into the woods to search for the “monster”. Nakoma (Don Shanks) soon joins them, relating a similar tale of a monster and telling them that another Indian, named Greywind, has gone hunting for the beast.

They soon discover that the “monster” is actually a camel named Hi-Jolly. They meet a crazy character named Findhope (Slim Pickens), who turns out to be the camel’s owner. Findhope has been searching far and wide for his animal and is thrilled when he finds him at Adam’s cabin.

But Greywind (George Aguilar) is still searching for the beast, intent on killing it, thinking it is an evil spirit. When the Indian falls into a pit of quicksand, however, Hi-Jolly pulls him from the deadly trap.

Greywind learns that the camel is not an evil spirit, and after some coaxing from Adams, Jack, Nakoma…and Ben, he is finally able to accept the fact and put his weapon away.