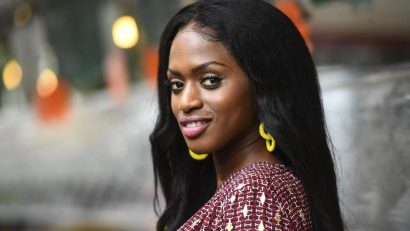 Earlier this year, Maïmouna Doucouré’s film Cuties debuted at the Sundance film festival to overall critical acclaim. A coming-of-age tale that serves as a cautionary tale of the sexualization of young girls (Not unlike 2003’s Thirteen), most viewers understood Doucouré’s intentions. Following its debut and other international festivals, the film was acquired by Netflix for US distribution. However, months later, Netflix unveiled a poster that completely painted Cuties in a negative light. Not unlike the imagery displayed in shows such as Dance Moms or Toddler in Tiaras, there was an immediate backlash to the film, many viewers accusing Cuties of promoting pedophilia (without even seeing the movie first).

Despite the fact that Netflix removed it’s original marketing materials, the damage has already been done. Doucouré has received death threats, as well as many supporters and film critics (myself included). Following the headlines and the massive debate surrounding Cuties, Maïmouna Doucouré stands behind her work. Based on real-life experiences from her own youth, Cuties isn’t an unusual film with unusual circumstances. Was there this level of outrage outside the United States? Not at all. Perhaps it’s because of America’s Puritanical outlook on sexuality that sparked this mess.

In our media-driven society, children are being exposed to more at an earlier age. Cuties isn’t an endorsement of young sexuality but simply points out that it’s a very real issue that occurs all over the world. She was simply bold enough to go where so few directors go. 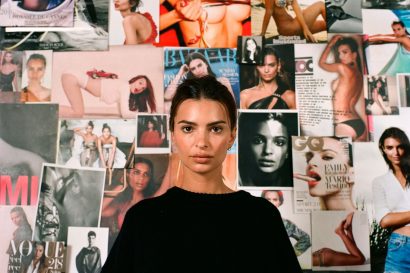 Over the past couple of years, Emily Ratajkowski has become a household name. Known primarily for her role in Robin Thicke’s ‘Blurred Lines’ video, Gone Girl, and laughably as Gibby’s cute girlfriend in iCarly, Ratajkowski has won the hearts of many. Having gained notoriety for her looks, Ratajkowski is the envy and desire of many.

Ratajkowski has always been vocal about social justice. Using her platform, the model-actress encourages her followers to vote, and speak out against sexual assault. In her in-depth essay for The Cut, Ratajkowski painfully details the fight for her own image. With many of her photos publicly available, Ratajkowski has seen “artists” profit off of her image, incorporating her photos in their “art.” Sadly, she often hasn’t seen the profits from these artists, nor has she gained justice for their misuse.

In her article, she details her experiences with exploitation, sexual assault, and her ongoing battle with photographer Jonathan Leder. Emily Ratajkowski’s story is one that highlights how men declare ownership over women’s bodies, and how it can be hard to be taken seriously if you’re deemed as “too sexy.”

You can read the article here: https://www.thecut.com/article/emily-ratajkowski-owning-my-image-essay.html