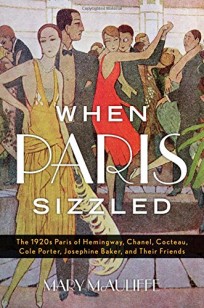 “When Paris Sizzled vividly portrays the City of Light during the fabulous 1920s, les Années folles, when Parisians emerged from the horrors of war to find that a new world greeted them—one that reverberated with the hard metallic clang of the assembly line, the roar of automobiles, and the beat of jazz. Mary McAuliffe traces a decade that saw seismic change on almost every front, from art and architecture to music, literature, fashion, entertainment, transportation, and, most notably, behavior.
The epicenter of all this creativity, as well as of the era’s good times, was Montparnasse, where impoverished artists and writers found colleagues and cafés, and tourists discovered the Paris of their dreams. Major figures on the Paris scene—such as Gertrude Stein, Jean Cocteau, Picasso, Stravinsky, Diaghilev, and Proust—continued to hold sway, while others now came to prominence—including Ernest Hemingway, Coco Chanel, Cole Porter, and Josephine Baker, as well as André Citroën, Le Corbusier, Man Ray, Sylvia Beach, James Joyce, and the irrepressible Kiki of Montparnasse.
Paris of the 1920s unquestionably sizzled. Yet rather than being a decade of unmitigated bliss, les Années folles also saw an undercurrent of despair as well as the rise of ruthless organizations of the extreme right, aimed at annihilating whatever threatened tradition and order—a struggle that would escalate in the years ahead. Through rich illustrations and evocative narrative, Mary McAuliffe brings this vibrant era to life.” 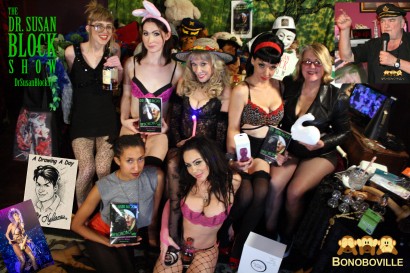 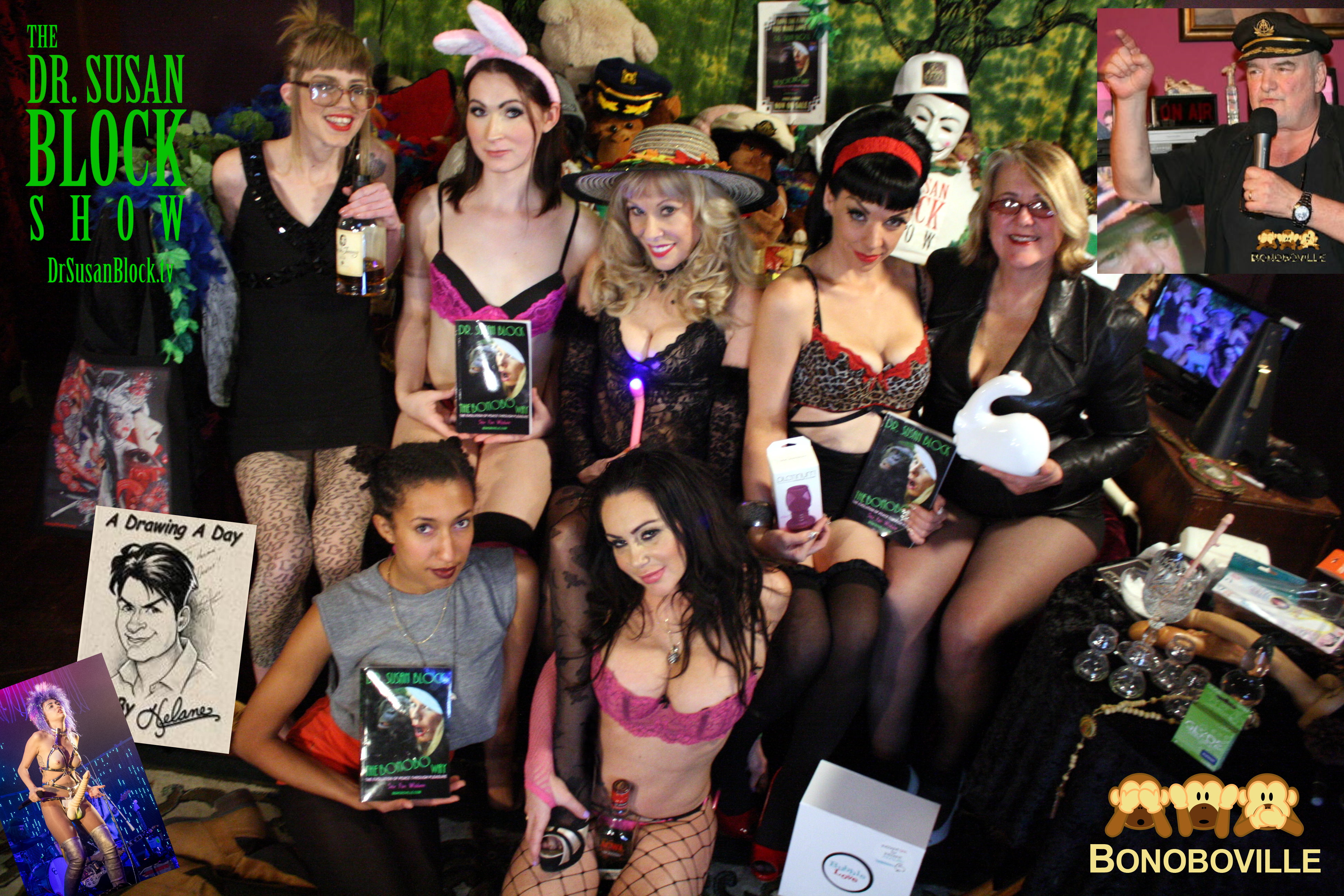 There’s a war going on, the latest maneuver in the old Perma-War on Terror. From stark Biblical deserts to bustling world-class cities, bombs are falling, refugees fleeing, innocents being massacred, citizens panicking, politicians posturing and great clashes of force commanding the world stage. In the Womb Room, often serving as a Commedia Erotica microcosm of the universe, we have our own little “clash of force” on this particular show, and it’s kind of a doozy. Conflict erupts, tempers flare, words wound and patience runs as thin as a condom stretched over an elephant penis. But we find our way to “peace through pleasure” pretty damn quickly, with the help of some fine erotic entertainment, sensuous sex toys, friendly libations, wet naked fun and the Bonobo Way.

Unfortunately, our political leaders are more likely to read The Art of War (a great book, actually) than The Bonobo Way. Maybe that’s why the only ones to “win” these wars are the arms dealers. Bombs, guns and the occasional explosive soda-can-that-blew-up-airliner are the delectable fetish objects of the military mind.

Paris, Yale & the Bonobo Way + the G-Spot of Peace through Pleasure 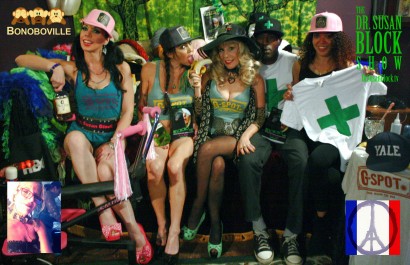 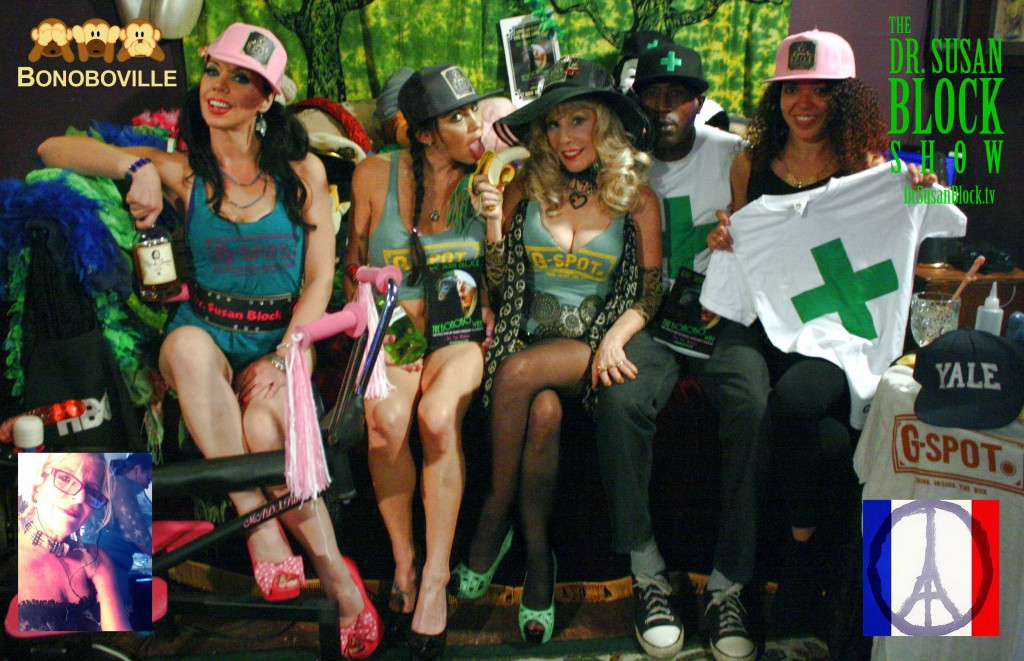 Hosting a live pro-sex variety show less than 24 hours after a horrific multiple mass murder in the City of Love is a little bizarre. But it’s a “healing” kind of bizarre, like pushing yourself to have sex when you’re under-the-weather, physically or emotionally. After you get into it, very often you feel better. And sometimes it even helps you to get better. This sexual healing part of what I call the Bonobo Way of peace through pleasure.

Read the full article via Bloggamy